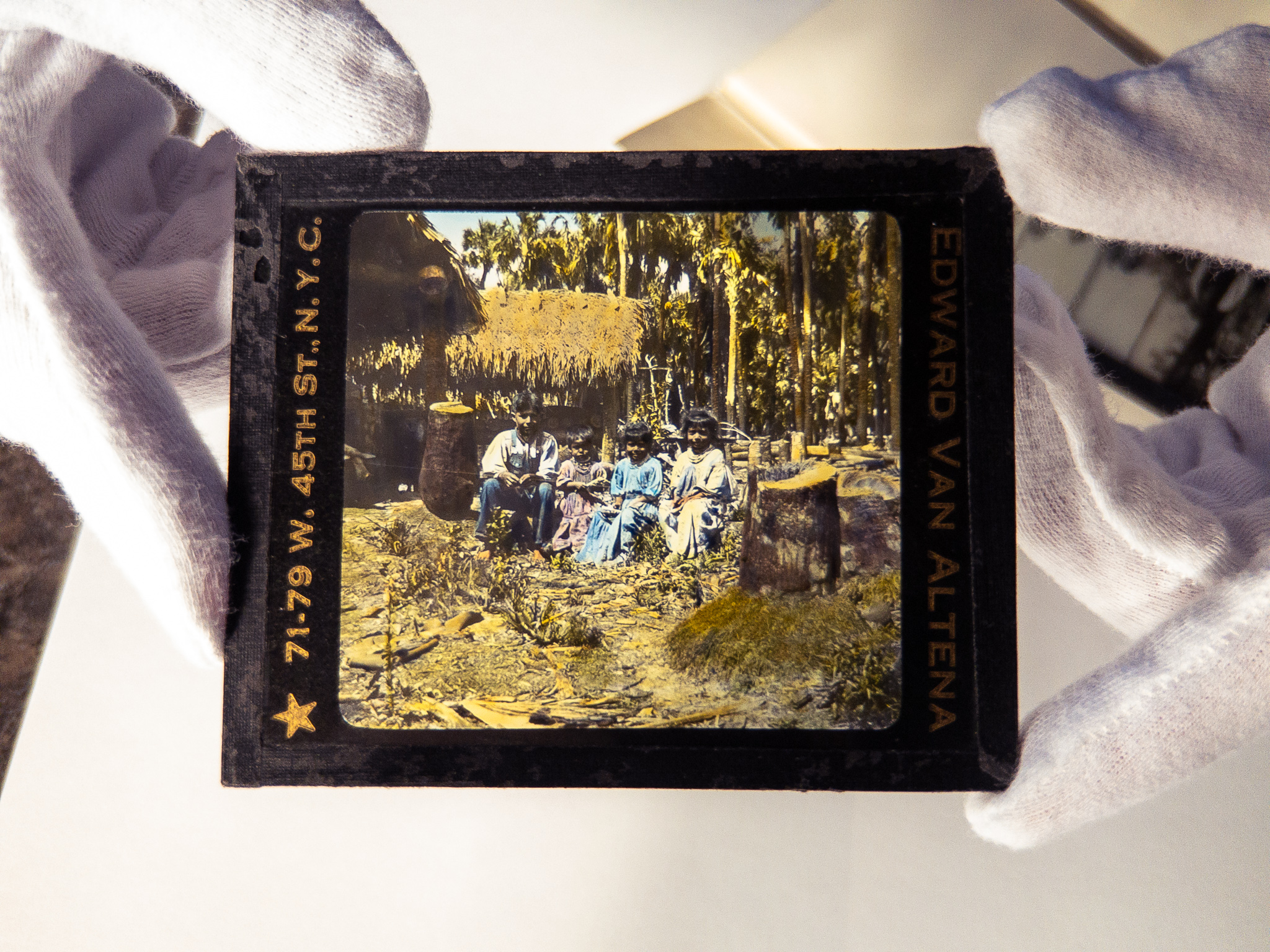 By James Cusick, Curator of the PK Yonge Library of Florida History

In the 1920s and 1930s, Reverend Alexander Linn made parochial trips throughout Florida to set up churches and Sunday schools on behalf of the Board of National Missions of the Presbyterian Church.  In his travels in South Florida Linn became friends with several Seminole families, stopping often at their camps in the Everglades.  As he noted in a 1971 interview, “I had a great urge to follow their trails into Indian Prairie, where there were several well-established, widely-separated camps which were built on the cabbage palmetto hammocks.” He also followed the route of the Tamiami Trail in 1928, stopping at nearby camps.

Eventually he began to document his trips with photographs, creating black-and-white images on glass lantern slides, which he used in talks about his travels.  To make the slides more realistic and appealing, he had them tinted in watercolors.

Sets of these lantern slides have been preserved at the Library of Congress and the University of Florida, and our set has now been digitized so that the images can be seen online.

Linn described Billie Fewell as his best friend among the Everglades Seminole and Miccosukee.  “I stayed in his camp many times, sleeping in one of his chickees.”  He and Fewell posed for the picture above with Fewell’s son-in-law, Wilson Cypress, probably at Fewell’s camp of Californee.

At Linn’s request, Fewell gathered families at his camp together so that Linn could take group portraits.  One picture shows the family of Whitney Wilson with his wife, sisters-in-law, and grandchildren, dressed in clothing they would usually have worn to the Green Corn Ceremony.

Linn’s lantern slides also included a portrait of the medicine man Billie Jose, as painted by Ira Dell in 1928 for Baron Gift Collier, and a portrait photograph of the elder and bundle keeper Billie Motlow.

All 90 of Linn’s lantern slides can be found in the University of Florida Digital Collections.