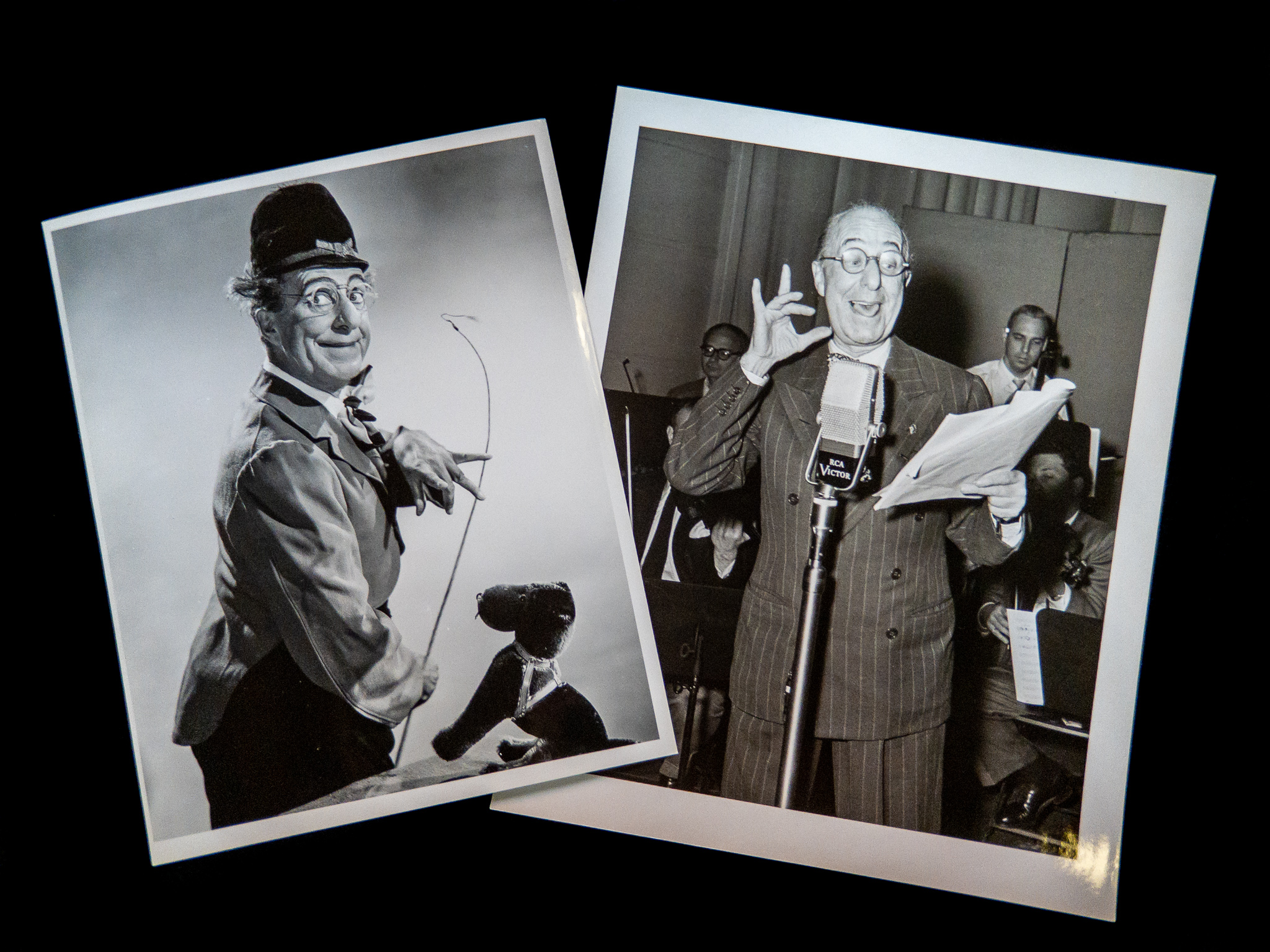 Submitted by Dr. Rebecca Jefferson, Head of the Isser and Rae Price Library of Judaica and Jim Liversidge, Curator of Popular Culture Collections

Among the hundreds of theater bills, flyers and programs in the Popular Culture Collection is a small collection within the Popular Performers files relating to the comedian, Ed Wynn (1886-1966). The son of a Jewish milliner, Isaiah Edwin Leopold discovered his humor at an early age when he used to parade in the ladies’ hats to comedic effect. Indeed, as he developed his art, Wynn came to believe that: “a comedian is not a man who opens a funny door; a comedian is one who opens a door in a funny way.”  Eschewing obscene humor and the type of cruel, racial jokes popular in early 20th century vaudeville, he focused instead on creating funny visuals. Wynn quickly became a headliner act on Broadway, and his silly, lisping character, the ‘perfect fool,’ who wore hundreds of different hats, became his much-loved signature piece.

In creating the perfect fool, Wynn was channeling a long-standing Jewish comical tradition based around a personality-type called the schlemiel. In Eastern-European Jewish literature, the schlemiel wasa sort of hapless, self-deprecating, dupe who always fell unwittingly into trouble. Yet, at times, the schlemiel could also be a transgressive figure who, through seeming weakness, was able to challenge the status quo. Wynn’s comedic challenge to the status quo was perhaps best exemplified through his portrayal of ‘Chuckles’ in the hi-jinx, anti-fascist, anti-war show ‘Hooray for What’ (1938) brought to the stage just one year before the outbreak of WWII. Chuckles is a mild-mannered chemist who accidentally invents a poisonous gas that could be used to take over the world. When an evil weapons manufacturer tries to bribe him, Chuckles has to stand his ground and even withstand the attentions of the beautiful female spy sent to seduce him while struggling to get the gas over to the League of Nations. Just as Chuckles tries to earn some money by selling his poisonous gas to the “good guys,” it turns into a love potion.

In real life, Ed Wynn had to withstand the pressures of being “blacklisted” for life after he joined a national actors strike in 1919 and enraged his employers by actively resisting their court injunction to join an actors benefit show. Undeterred, Wynn went on to become his own producer. By the 1930s, he had also become a recognizable figure on radio and, much later on, in film, providing the voice of the Mad Hatter in Alice in Wonderland (1951) and the toymaker in Babes in Toyland (1961).

Among his numerous on-screen roles, he was nominated for an Academy Award for his portrayal of Albert Dussel (Fritz Pfeffer) in The Diary of Anne Frank (1959). Pfeffer, a middle-aged, German-Jewish dentist forced into hiding with the Frank family, roused much irritation in Anne who was compelled to share a room with him. Pfeffer was immortalized in her diary under the pseudonym Albert Dussel (a name which means ‘idiot’). In playing Dussel, Wynn provided a perfect blend of seriousness with comic undertones as Anne’s somber, pedantic, and overly fussy roommate.

Nevertheless, his most popular cinematic role was undoubtedly as the foolish but loveable, incessantly laughing yet desperately sad, uncle Albert in Mary Poppins. Even though he never billed himself as a Jewish comedian, Ed Wynn was the “perfect” embodiment of a special type of Jewish humor.